The rookies will take on the veterans when Griffin and kt Rolster meet with the League of Legends Champions Korea 2018 Summer Season title on the line – not to mention qualification for next month’s World Championship.

Griffin are a team who have continued to take the league by storm, with a squad full of fresh blood looking to make an impact at the highest level. At the forefront for Griffin has been the star pairing of Jungler Tarzan and Bottom-laner Viper, who previously had been hyped due to their performances within Solo Queue.

Each has panned out even better than anticipated, with Viper even showing off the ability to play the likes of Teemo, a champion previously considered too weak to see competitive play.

Lehends could be key

The one to watch for Griffin is Support player Lehends, who throughout this split has displayed impressive mechanical skill. Performing well on the likes of Shen and Morgana in particular, Lehends has been quite an interesting player to track.

The weakness of Lehends is very clearly his champion pool which, after the two aforementioned selections, does drop off some, with an even further drop after the likes of Braum and Alistar.

Lehends has been the target of bans throughout the summer split, with kt Rolster in particular utilising this strategy earlier in the year.

In one of the most competitive splits in the history of the LCK, Griffin have been able to maintain their form through multiple patches and took down the Afreeca Freecs in the semi-finals with what was an incredibly-narrow 3-2 victory.

Of note for Griffin is they do have two Mid-laners they can utilise, with Chovy seeing the vast majority of playing time over Rather, with the latter being more known for his supportive Mid-lane style.

kt Rolster have been universally recognised within the League of Legends scene as a team with incredible potential, but one who fail when the lights shine the brightest.

However, the current line-up appears different, as they were able to push through in the final week in order to claim the top seeding and an automatic place in the final.

Due to this, kt come in as a bit of a wildcard, having had an incredible amount of time to prepare behind the scenes for both Griffin and the patch as a whole.

This match-up could be full of surprises in terms of champion selections, with each team being more than willing to roll the dice on a risky selection in order to catch their opposition off guard.

Ucal one to watch

kt Rolster’s line-up was created in order to contend for LCK titles, with the assembling of a star-studded team built around Jungler Score. kt were the only team to defeat Griffin in both regular-season series, with Score in particular doing an excellent job of shutting down the aggression of Tarzan.

Ucal continues to be one of the best Mid-laners in the region, with incredible mechanical prowess supported by a deep champion pool. Ucal has continued to see playing time over PawN, who previously had been up and down during his time as a starter.

Up in the Top lane is Smeb, who has maintained his spot as one of the best in his role for quite some time, with the ability to play a variety of tanks or carries depending on both the meta and the team’s overall needs.

The Bottom lane is by no means a weakness for kt, with legends of the game in Deft and Mata providing excellence on a week-to-week basis. The only concern for kt is whether or not they will revert to their old ways of struggling with the pressure and expectations on.

With a lot of competitive match-ups, uncertainty over champion selections and the results in the regular season, this final could be extremely challenging for both teams.

There’s more than a hint of suspicion that the team which surprises the other in the pick-and-ban phase will have the edge and, with this in mind, the extra time to prepare for kt Rolster could be crucial.

Dafabet certainly give them the edge – they are the 1.653 favourites for the final with Griffin offered at 2.260. 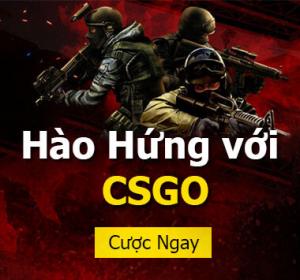 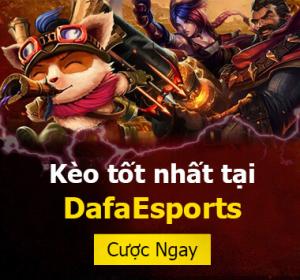